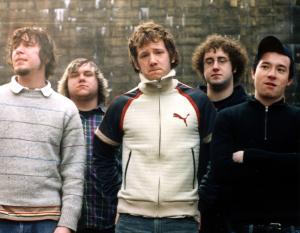 Via an Anonymous Source, Posted by Jesse Raub Triple Crown 13 years ago

Sussex, NJ's Folly have announced their last show ever. It will be at the Main Stage in Pompton Lakes, NJ on April 13. The group previously announced their break up earlier this month. The group last released Resist Convenience in 2006 via Triple Crown Records.

You can visit the band's MySpace page for more details.