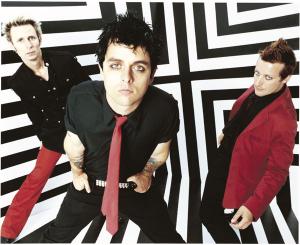 Berkeley, CA's Green Day have recently uploaded a brief video on YouTube of the band in the studio, working on the currently untitled follow up to 2004's American Idiot.

It was recently confirmed that Butch Vig (Nirvana, Against Me!) would be producing this album. The group also had success with their "side project" Foxboro Hot Tubs who released Stop Drop and Roll!!! earlier this year.

Elvis Costello to appear on new Fall Out Boy record