Vocals can be turned off, but recorded vocalists include Dicky Barrett of The Mighty Mighty Bosstones, Matt Skiba of Alkaline Trio, Jordan Pundik of New Found Glory, Mike Herrera of MXPX, Joey Cape of Lagwagon and many more. The set is due out October 28, 2008. 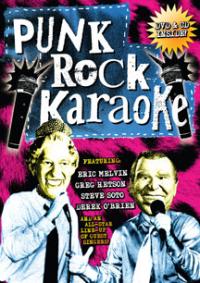