Contributed by worldrec, Posted by Aubin Paul 13 years ago

Duncan Redmonds of Snuff, Toy Dolls and Billy No Mates fame has announced his solo compilation, Bubble & Squeak. Due out February 17, 2009 on World Records, the album features collaborations with NOFX, Leatherface, Hi-Standard, Hardskin, Nomeansno, Guns'n'Wankers and others.

The project was started in 2004 by handing out a load of riffs to people met over the years touring and playing with Snuff and asking them to add their ideas to them. Then finished in 2008 when Jools picked up his bass and shouted a few short sharp profanities. Sometimes it was the other way around and riffs were offered, sometimes melodies were suggested and a lyric fitted to it, sometimes old songs were reworked and sometimes new songs jammed out, all topped off with a Donovan cover and a mix by Nick Philpin in Kilburn NW London. 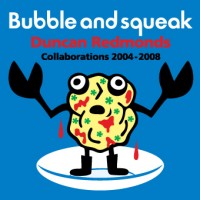