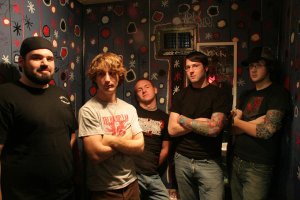 Ruiner have posted a new song. "Dead Weight" comes from the band's upcoming teaser EP of the same name due out September 8, 2009, and the song will also appear on the band's upcoming full-length Hell Is Empty which will see the light of day on September 22, 2009. Ruiner will be supporting these releases on the inaugural Bridge Nine Tour alongside labelmates Strike Anywhere, Crime In Stereo and Polar Bear Club.

The song can be heard at the band's MySpace page.

Music: Pelican: "Strung Up from the Sky"

Music: Backtrack: "Deal with the Devil"