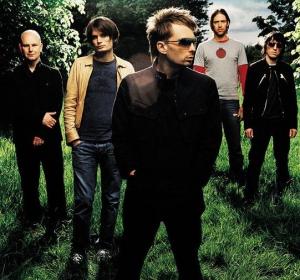 Contributed by aubin, Posted by Bryne Yancey Games and Technology 12 years ago

In an interesting interview with ITN News, Ed O'Brien of Radiohead suggests that bandwidth throttling (the practice of limiting the quantity of data a sever transmits and/or accepts within a specified period of time) may be a viable method to combat illegal downloading and filesharing.

Radiohead made waves in the worlds of music and technology by initially releasing their last record, In Rainbows, through their website as an optional 'pay-what-you-want' download. The move, initially thought by many to be a sign of sea change in the industry, was quickly revealed by the band to be a stunt thought up by their management, and the band drew more criticism when they elected to sign with another traditional label for physical distribution of the record, and then disappointment when the band revealed they would not reinstate the 'pay-what-you-want' option for their next record.

What do you think? Is bandwidth throttling an answer in the fight against illegal filesharing, or is it just a way of punishing everyone for the actions of the few?

Music: Dead To Me: "African Elephants"