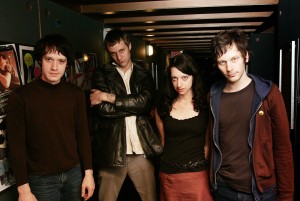 Chicago garage rock quartet The Ponys have returned after a period of inactivity with a new set of tour dates. The shows, which kick off on February 5th in Grinnell, IA, will bring the group down to Austin, Texas for the Chaos In Tejas festival. That event will also feature bands like Leatherface, Subhumans, The Spits, Poison Idea, and Dead To Me.

The Ponys last released Turn the Lights Out in 2007.

Spring Heeled Jack to reunite for a show, vinyl reissues