Comadre's 'Mixtape 4' to feature P.O.S., Dead to Me, Broadway Calls 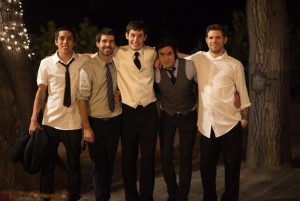 Comadre have announced the lineup for their fourth mixtape. The release will feature collaborations from members of Dead to Me, Broadway Calls, Glasses, and Trainwreck, as well as rapper P.O.S. More details are expected to be announced soon, and as with previous mixtapes, this one will be available for free download.

The first three mixtapes can be downloaded here.

We Are The Union hits moose, totals van in Canada