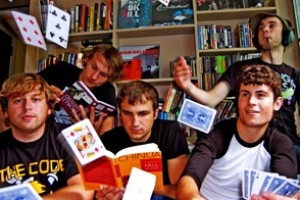 Philadelphia, PA's One Win Choice have announced a solid helping of tour dates over the next several weeks, including shows with Strike Anywhere, Captain, We're Sinking, Make Do and Mend and The Sainte Catherines, among others.

The band's new album Conveyor is due out March 1, 2011 via Jump Start Records. AMP has a stream of it here.