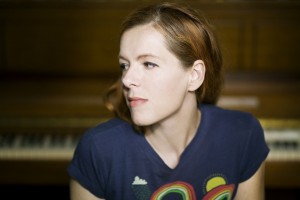 Neko Case has announced a series of North American summer tour dates staring in July. Joining her for most dates is Louisville's My Morning Jacket. She will also be performing at Pitchfork Music Festival along with Dismemberment Plan, Animal Collective, Guided by Voices and others. She'll end the tour at the Hollywood Bowl on September 11, 2011 with The National.

Her last album Middle Cyclone was released in 2009 on ANTI-. She recently donated the 1967 Mercury Cougar pictured on the cover of Middle Cyclone for an auction to benefit the non-profit 826National to help fund tutoring, writing, and publishing for students ages six to eighteen, and to help teachers get their classes excited about writing.

* Dates with My Morning Jacket
** Date with The National