The Icarus Line: “We Want More” (with Ariel Pink) 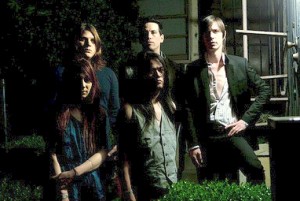 The Icarus Line have posted a second new song from their first new album in four years, Wildlife. Set for release on August 30, 2011, the album written by frontman Joe Cardamone over a period of two years and recorded at Sunset Sound.

Check out the song, which features Ariel Pink, here.

Streams: Nightmare of You working on new material