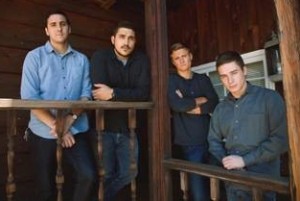 by Aubin Paul Run For Cover Music 10 years ago

Seahaven have announced their new full length, Winter Forever due out November 8, 2011 via Run For Cover Records. It is the follow-up to Ghost which was released in 2010.

A new song from the album, titled "Understanding," can be found here.

The band will be on the road this fall supporting Touche Amore.