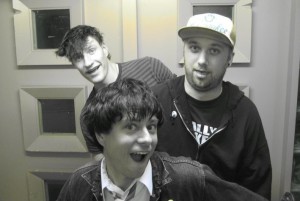 Dan Vapid and the Cheats, featuring members of Screeching Weasel, The Methadones, Riverdales, will be releasing a split 7-inch with the Jetty Boys. The Vapid side of the split was produced by Matt Allison (Alkaline Trio, Less Than Jake). Both bands covered a song for the split. Dan Vapid and the Cheats covered Pointed Sticks' "Part of the Noise" whereas the Jetty Boys covered "Jimmy" by Roman Line.

The split is expected for an early 2012 release.