Classics of Love: “Castles in the Sky” 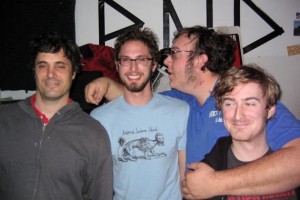 Classics of Love, the latest project from Jesse Michaels, have released a video for the song "Castles in the Sky." The song will appear on their upcoming full-length, due out February 14th, 2012 on Asian Man Records.

The self-titled album will be the band's first, following their 2009 EP, Walking in Shadows.