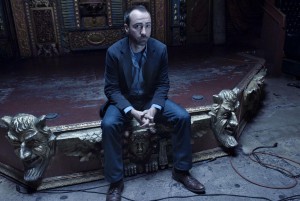 The Shins have released a music video for their song "September." The song will be the b-side of their upcoming Simple Song 7", due out February 14th.

The band is set to release their new full-length, Port of Morrow on March 20, 2012. The record will be the first since the departure of much of the original band, with frontman James Mercer remaining as the only core member. He will be backed live by Richard Swift, Modest Mouse drummer Joe Plummer, Yuuki Matthews of Crystal Skulls and Jessica Dobson.

Great Cynics debut "In The Valley", first song from EP of same name