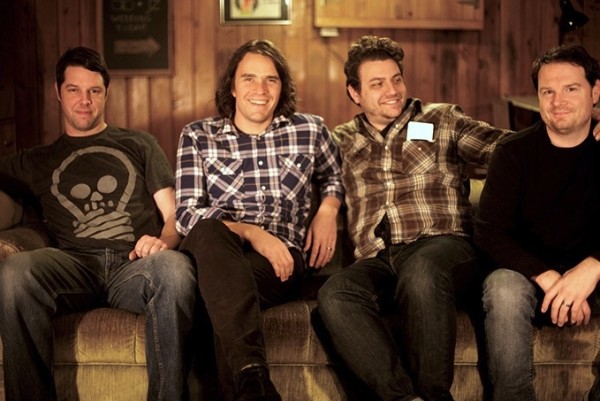 Ladyfinger (ne) have posted the first single from their upcoming third album. The record is titled Errant Forms and is due out February 5, 2013 via Saddle Creek Records. The band again worked with producer Matt Bayles (Mastodon, Minus the Bear, Isis). The record will be released in a limited LP pressing, with the first 500 on clear vinyl. The package will also include 3D glasses for viewing the cover along with the full album on CD.