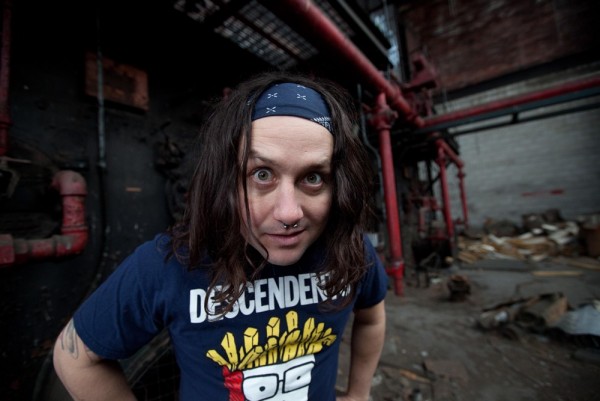 Contributed by johngentile, Posted by Kira Wisniewski Interviews 10 years ago

Having grown tired of partying, getting wasted and generally having a good time,Municipal Waste's Tony Foresta has thrown aside the keg, smashed the bong, flushed drugs, and formed Iron Reagan his hardest, fastest, and darkest band yet. Foresta rose to metal prominence with crossover revivalists Municipal Waste, a band that celebrate self destruction, set it to ripping riffs and encourage in-concert boogie boarding.

Now joined with fellow Waster Phil Hall plus Paul Burnette and Ryan Parrish, both formerly of Darkest Hour, Foresta is set to release Iron Reagan's nineteen song debut Worse than Dead, a record that espouses a bleaker and more vicious worldview than we've seen from him before. In order to see why Foresta has gone from being a party-maniac to just the regular kind of maniac, Punknews features editor John Gentile slipped a taser in his back pocket and met up with the vocalist where they talked about his new band, the concept of violence in harder music, and getting killed by GWAR.

Music: Good For You: "Stupid Me"