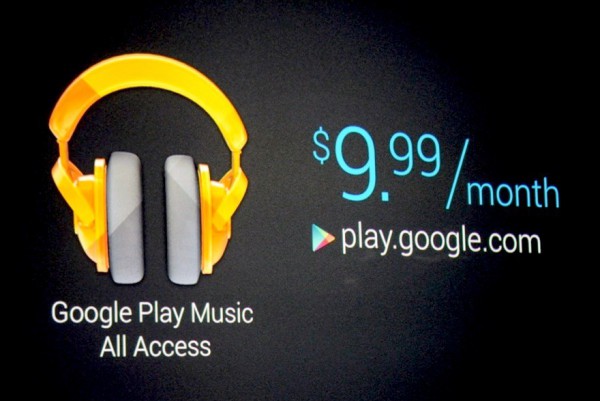 by Aubin Paul Games and Technology 9 years ago

Though it already competes with services like Rdio (and to a lesser extent, Pandora and iTunes Match) Spotify is the biggest all-you-can-eat music streaming service by far with more than 20 million users. Today, Google announced that they would be launching their own competitor for the service called Google Play Music All Access.

However, like Rdio - but unlike Spotify who has an ad-supported version - Google is only offering this as a paid service - and at essentially the same $10 monthly price as paid versions of Rdio and Spotify. Apple is also rumoured to be working on something that the media has called iRadio. Nine Inch Nails' frontman Trent Reznor has also joined a new company that promises a more "curated" experience.

While more legal - and convenient - options for obtaining music is certainly welcomed by many, all of these services have raised questions about low royalties, with some noting that it would take a quarter million plays to replace the royalties from one album; both artists and labels have pulled music from the services while the streaming companies blame the labels themselves.