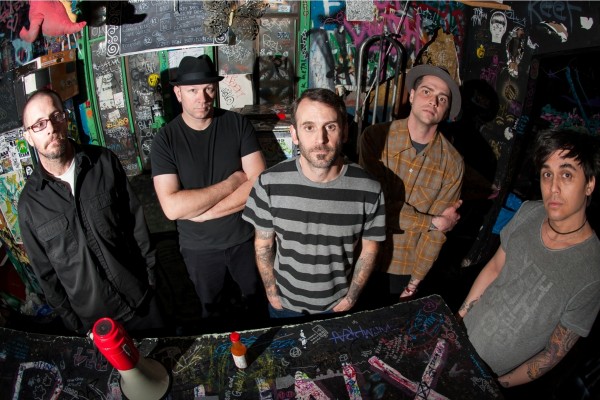 Swingin' Utters will be releasing a new 7-inch titled Stuck in a Circle on November 26, 2013 via Fat Wreck Chords. In addition to the title track -- which first appeared on the band's recent LP Poorly Formed -- the release will feature a new song called "Chain Gang Reaction(ary)" and a cover of No Use For A Name's "Not Your Savior" from Fat's upcoming Tony Sly tribute.

Additionally, the Utters will be hitting the road next month, the bulk of the dates with Blacklist Royals.