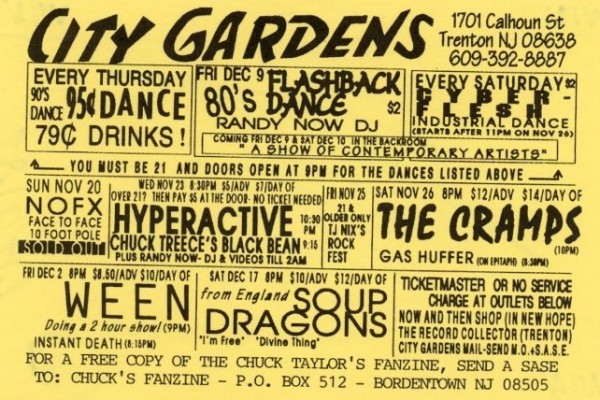 by Aubin Paul 6 years ago

On last night's The Daily Show with Jon Stewart , host Jon Stewart was joined by Butthole Surfers' Gibby Haynes and author Amy Yates Wuelfing who looked back at the history of City Gardens, the then-notorious punk venue in Trenton, New Jersey where Stewart was a bartender and dozens of notable punk outfits dropped by over the years as a "place to play between New York and Philadelphia" (as Haynes described it.) Stewart noted some of the acts who played including Dead Kennedys, Ramones, Agnostic Front, Bad Brains, and GWAR before Haynes earnestly explained "fanzines" to the audience.

The three look back at those early days of punk rock and features clip from a documentary about the venue. The clip includes commentary from some of those who performed there Ian MacKaye, Cro-Mags and others. Haynes himself paid tribute to the late Dave Brockie with the word GWAR on his arm during the interview.

Videos: Only Crime: "Life Was Fair"