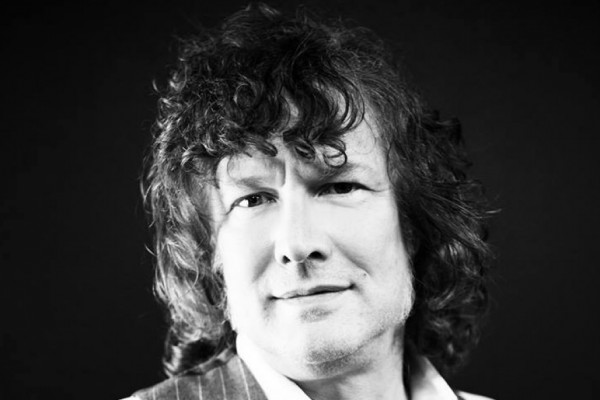 And now, heâs spilling his guts. In his new book, The Smell of Death, Duff tells the wild tales from the road -- and also, the long, grueling hours that go with it. There are also French skinheads mentioned.

Because Duff is putting it out there for all the world to see, Punknewsâ John Gentile spoke to him about the book, if Bo Diddley is cool and that time the Circle Jerks made a girl cry.

How did you get involved in punk rock?
Well, Iâm a little older. I got excited about music in the mid-'60s when I was in grade school. I was kind of at that age where I was looking for group activities. I wasnât any good at sports. About the only thing that I did was Cub Scouts. I was ten. I went to a birthday party and my friend from kindergarten was turning ten. At the end, some of us were hanging around and we go inside and one of the guys pulls out an old radio -- it looked like it was from pre-WW2, and he pulls out a guitar that looked like it came from a department store, and he plugs it in and sounded like a rock star on TV. I lost my mind. I was like, "This is for me!" By 13, I was playing for school dances and stuff. By the time I was in college, we were getting into the earliest stages of punk rock. I was in a band called Numbers and I moved to Los Angeles right as the '70s were ending.

What was Numbers like?
At one point, it was a huge production. We had a horn section, three lead singers, two guitars. We had backdrops and would show movies. It was a whole production. We were totally inspired by the Tubes. People think of the Tubes as having MTV hits, but before that, they were a wild band with one of the most insane shows youâve ever seen.

You were also in the Twisted Roots.
That was a weird band because that was Paul Roesslerâs band. They were known as a sort of supergroup. Paul had been in the Screamers and Pat from the Germs. Paul put together a version of Twisted Roots which was me, him, Dez Cadena and one of the guys from the Screamers on drums, but he didnât last too long. We played around for a couple years.

Do you feel that Twisted Roots was appreciated enough?
The first couple of records have seen a reasonable descent reissue treatment. The record that I was on got kind of lost. Interestingly, Paul, even in high school, had sort of a Rick Wakeman-like skill on the keyboard. He put together this concept album or a rock opera about the end of the world called Ark. Paul recorded those things and it just came out. Paul was coming from Yes and ELP and Genesis and that kind of mentality, which is not as weird as you might think. Even guys like Keith Morris, who is my age, who were around before punk, the radio only had like soft rock. So, youâd be listening to like King Crimson, or Gentle Giant, which was like English prog rock, because thatâs what was underground in those days -- Brian Eno and that stuff. So, itâs not as weird as you might think.

Punk rock was like going the other direction -- no weâre going to go minimal! So, it makes sense in a way.

You recorded with Wayne Kramer, Keith Morris, and Josh Freese once! What was that like?
Wayne got a deal with Epitaph. Wayne had an idea of what he wanted to do, but Brett from Epitaph wanted to present him in a modern context with all the guys that have been influenced by him. So, people came in one at a time. I recorded with Keith. The coolest memory of it all, when they were figuring out who was going to do what. Brett had given Wayne a master list of who he thought would be cool for the project.

So, in the studio, me and Matt from the Adz are playing some riffs that we thought might be cool for the record, taking it real seriously. Weâre really concentrating. Then at one point, Wayne is like, "You know what? Letâs just cut loose, man. Letâs get freaky." He has his head back and his eyes are closed as heâs playing and heâs in outer space. I had this moment like "Holy moly! Iâm jamming with the MC5." Unfortunately, that real outsider stuff didnât get put on the record.

Bruce, you are a person of rare distinction. You are on one of the Metal Massacre LPs with Jesters of Destiny. Thatâs sort of the heavy metal hall of fame!
That was a lot of the very first recordings of some bands that went on to some very big stuff.

Do you feel that Jesters of Destiny predated the idea of alt-metal?
I guess what we were doing came out more readily with bands like Faith No More. We played with Janeâs Addiction and they took hard rock into a weird place. We also played with the Flaming Lips who did sort of the same thing. With Metal Massacre, we were on there with Celtic Frost and Voivod. The idea was to take the music of Led Zeppelin and Deep Purple, which we had all listened to since forever, and take it somewhere new. A lot of musicians had that in their brain. They wanted to play loud, driving hard rock, but they didnât want it to sound like their big brotherâs rock.

Later on, you came to be an important employee at XXX Records, who released a lot of weird, underground stuff as well as stuff by gigantic acts like Dr. Dre.
During the '80s I worked at this PR firm. I was actually Yngwie Malmsteenâs publicist. After that, I became the PR guy for all the guitar hero guys. At the time, I was still listening to what I was listening to, like Siouxsie and the Banshees and Iron Maiden. Along the way, through Keith Morris and Greg Hetson, I started doing publicity for the Circle Jerks. When Greg went on to join Bad Religion, he told Brett about me, so I, as the first publicist for Epitaph Records, which at the time, it was a closet in a recording studio. I was the guy who did local, independent labels that didnât have a publicist. So, I started doing XXX's publicity. I told them, pay me what you pay my company to do your PR, and Iâll be your in-house guy. Then, pretty soon, I was producing records for them and doing project managing.

Then, with the second release of material, the label stepped in and put an end to it. the paperwork was all go and people had signed off on it, but Dre personally didnât want those recordings out there. I can understand that, honestly. If you watch the documentary on Dreâs early career, the number of times that people screwed him over -- the number of times that he gave up his rights to everything just to get out of a deal. He was someone who had enough.

Did you ever get meet Bo Diddley, who was on the label?
I met Bo a number of times. With Bo, it was almost impossible to say how cool he was.

Thatâs great to hear. Sometimes the old blues guys can get cantankerous because they often arenât really given their due, respect, or money-wise.
There was definitely some of that, too. But he was always nice.

You once opened for GG Allin before he really got gross on stage. What was that like?
Yeah, thatâs the chapter that opens the book. Itâs a nice little introduction. He had known Jeff Dahl. Jeff Dahl was the lead singer of Vox Pop, which was essentially 45 Grave with everyone on different instruments. When I was in 45 Grave, Jeff would come along and help out. On a side note, Jeff had a band called Power Trip, which invented the term "speed metal." They werenât shredding like Slayer or anything, it was more like the Stooges or Motorhead sped up.

Anyways, everyone was doing speed and drinking. He got to a point and was like, "Iâm done with this." He quit drinking and doing drugs and got a house and became a responsible adult. Well, that got boring. So he put together the Jeff Dahl Group. We went up and did a show with GG. GG was still doing the whole wild show, but he still had long hair at that point and didnât shave off all his hair yet. It wasnât quite as over the top as the last days. They did play an extra long set, which was about 20 minutes I think.

Sometimes, rock and roll is painted as a glamorous life style. But, you seem to take a different perspective.
Well, yeah. Itâs almost like a class war. It just depends where you are in the pecking order. If youâre at the independent label level, itâs just a rougher life. Then you add in the personalities of the people in the band, the label, and that concoction becomes your reality for the duration of the adventure.

Whatâs like playing with Cheetah Chrome of the Dead Boys?
Iâve known Cheetah now 28 years. About ten years ago, my band Sweet Justice, we did a California run with Cheetah and did quite a few shows and then we would back him up. We ended up doing that in Spain. Heâs got a solo record and weâre doing the same thing. No matter what Cheetahâs image is, heâs one of the nicest, most welcoming, heartwarming person that Iâve ever met.

The album called Hollywood by the band Circle, where you sing on it, just got re-released.
A lot of people in the US donât know Circle, but they are sort of the Sigur Ros of Finland. The bass player of that band, Jussi, reached out to me 14 years ago, and waned to re-issue the Jesters of Destiny. Then he started sending me his stuff from Circle and I was just blown away. They might be the most prolific European band. The thing that links them together is lack of structure. They go from metal, to folk, to classical. You can find it on Full Contact Records.

You were the PR guy for the Circle Jerks when Greg Hetson joined Bad Religion. Keith Morris has cited that as a place where the Circle Jerks began to split. What were things like in the band at that time?
It was when VI came out. The drummer, Keith Clark, was my accountant. Keith Clark is the accountant to the musical community, and has been since the '80s. Heâs got a huge business. Zander Schloss as the bass player. That was kind of after they hadnât been that active, Zander and Keith to a degree, revitalized the band. They were a very functioning, working hard machine. They were very professional.

One time, I came into work and the office girl was on the phone in a very intense conversation. She ended it by just saying, "Wellâ¦ theyâre punks." I asked her what that was about. It turns out that the Circle Jerks were interviewed by a girl and by the end of the interview they had her in tears.