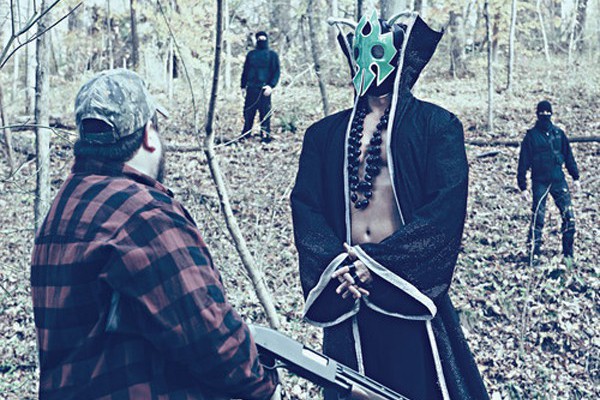 Punknews is pleased to debut "Biomonster DNA" by Ultramantis Black. Ultramantis Black is a professional wrestler in the Chikara wrestling league. On his upcoming self-titled EP, he's backed by current and former members of Pissed Jeans. "Biomonster DNA" is a slice of savage hardcore. The band smashes forward with a lumbering heaviness before suddenly breaking out into d-beat speed while Ultramantis Black spits out jagged screams and growls. Then, they venture out into weirder territory. Scary stuff!

The release is out July 9, 2014 via Relapse Records. You can hear the track below.