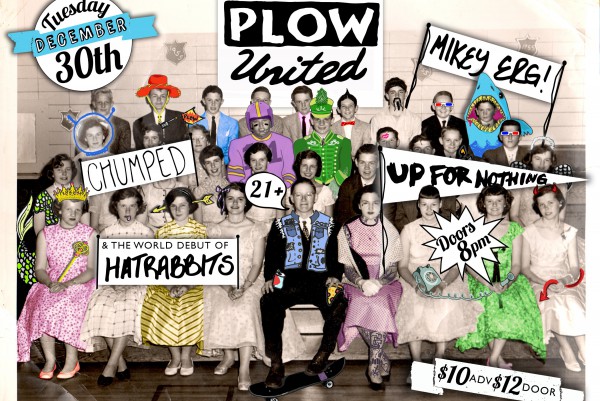 by John Gentile Contests 7 years ago

Punknews is excited to be a part of "The Plow United Impossible Trivia Contest!" The contest coincides with two very special Plow United shows so we're giving away two prize packages- one for each show!

Tickets are here and here!

To enter the contest, send your answer to the following question to JohnG@punknews.org:

Way back in 1994/1995, Brian, Joel and Sean introduced a medley of three 1950s songs into their live show, including "Charlie Brown" by The Coasters and "Whispering Bells" by the Del-Vikings. What was the third song?

Please also include if you are entering for the Brooklyn show or for the Wilmington show. If you don't know the answer, take a guess anyways. This question is really hard and if we don't get a right answer, winners will be chosen at random.