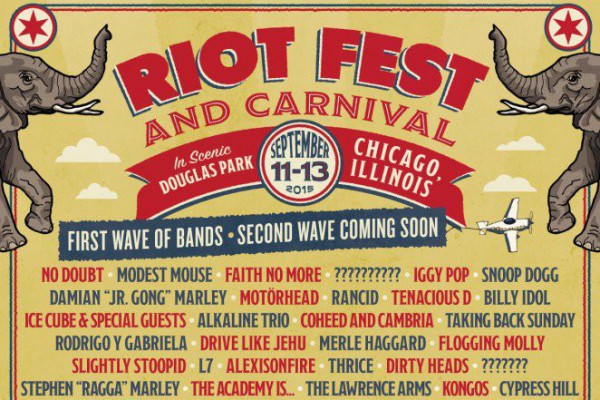 by Armando Olivas Festivals 6 years ago

Keeping up with their series of line up announcements - the 2015 installment of Chicago's Riot Fest has been revealed. Headlining the event will be Orange County's No Doubt. The festival will also feature several artists playing both the Toronto and Denver dates such as Rancid, Drive Like Jehu, and MotÃ¶rhead.

The Good Life return with 'Everybody's Coming Down'