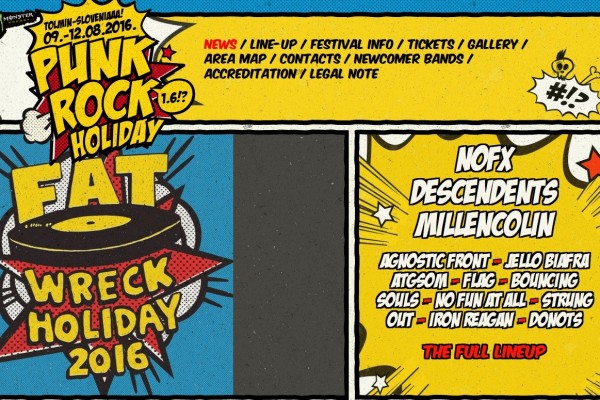 Fat Wreck Chords will be releasing a flexi-disc for Slovenia's Punk Rock Holiday, which takes place August 9-12. 200 copies will be pressed, it will be called Fat Wreck Holiday 2016, and it will have unreleased songs by NOFX, Strung Out, and Swingin' Utters. It will also have tracks by Direct Hit!, Get Dead and Useless ID. Bands appearing at Punk Rock Holiday include the aforementioned groups, as well as Jello Biafra and the Guantanamo School of Medicine, FLAG, Bouncing Souls, Millencolin, and many others.