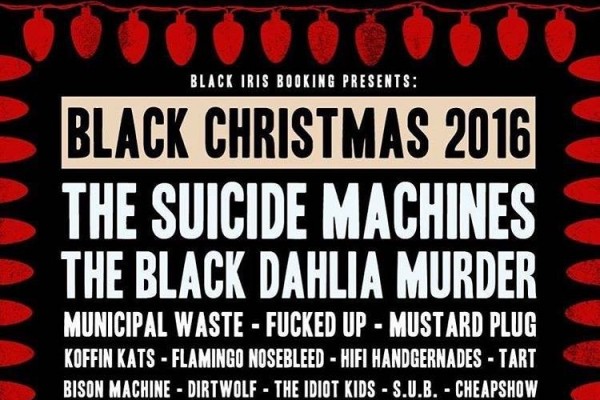 The line up for Detroit, Michigan's annual Black Christmas show was recently announced. It includes The Suicide Machines, The Black Dahlia Murder, Municipal Waste, Fucked Up, Mustard Plug and more. The Suicide Machines will be playing their album Battle Hymns in its entirety. The event will be on December 30, 2016 at The Majestic. More information can be found here.

Tours: At The Drive-In announces make up tour dates

Tours: Damian Abraham is taking his 'Turned Out A Punk' podcast on an East Coast tour