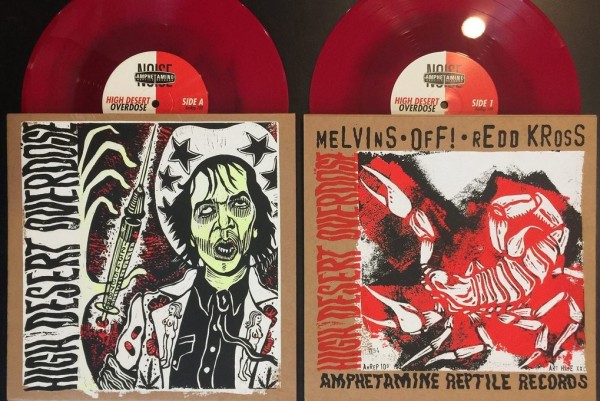 Melvins, Redd Kross, and OFF! are releasing a split 10-inch. It's called High Desert Overdose. The Melvins tracks are full band re-workings of songs from frontman Buzz Osborne's solo record, This Machine Kills Artists . The Redd Kross and OFF! tracks may be the versions previously released across their respective catalogues, or may be something else. The release is out for the three bands' New years Show via Amphetamine Reptile. See the track list and hear the Melvins re-cut of "Rough Democracy" below.

Side A OFF!
I Don't Belong
Void You Out
Poison City
King Kong Brigade
Now I'm Pissed