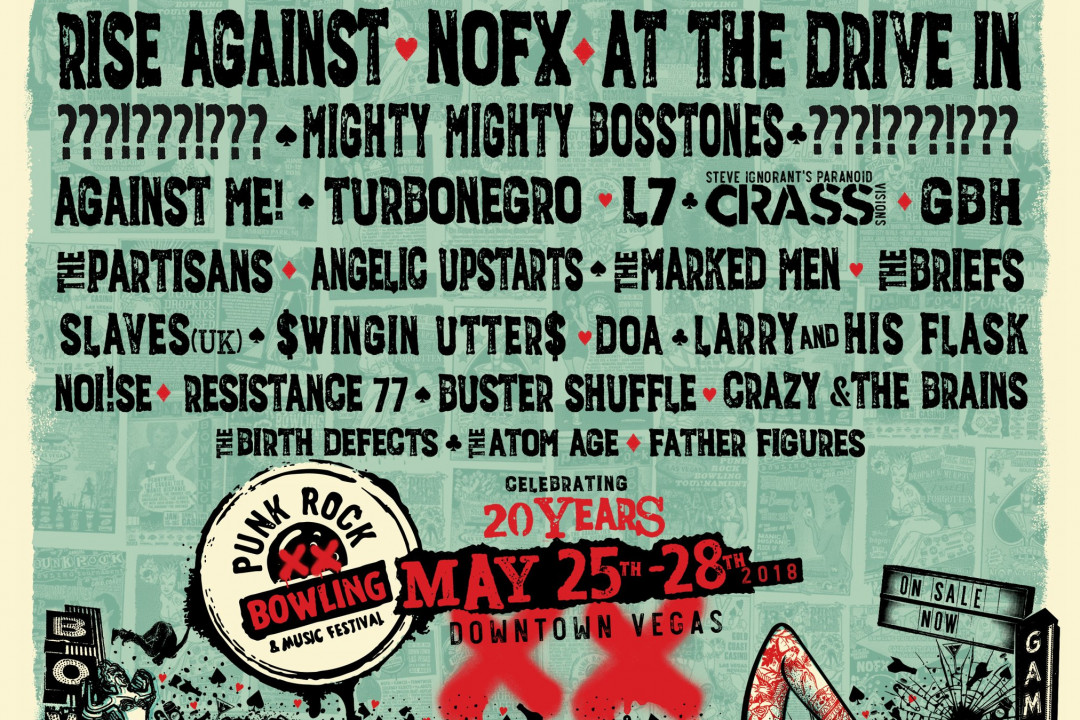 Punk Rock Bowling has announced most of its lineup. The headliners are Rise Against, Nofx, and At the Drive In. There are still larger slots that are unannounced. Other bands playing include Mighty Mighty Bossotnes, Against Me!, TurboNegro, L7, Steve Ignorant with Paranoid Visions, GBH, The Partisans, Angelic Upstarts, The Marked Men, The Briefs, Slaves, Swingin' Utters, DOA, Larry and his Flask, Noi!se, Resistance 77, Butter Shuffle, Crazy and the Brains, Birth Defects, Atom age and Father Figures. The festival is May25-28 in Las Vegas. Club shows are expected to be announced soon-ish.