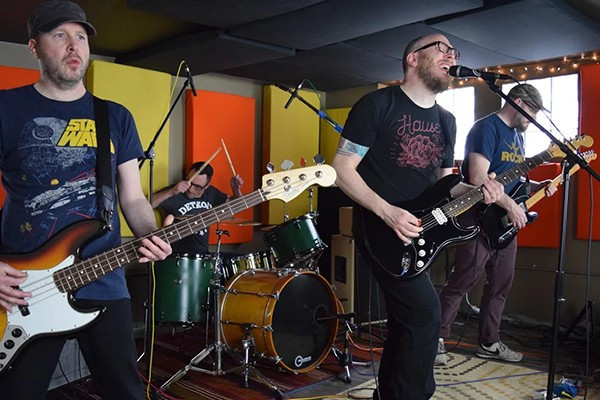 Last week Live! from The Rock Room released footage of Joey Cape's acoustic session at 350 Brewing Company (itself a sponsor of LFTRR). Josh Caterer of the Smoking Popes opened for that gig, and now a video is online of Josh performing acoustic versions of the dual lead tracks "Star Struck One/No More Smiles" off of the Popes' 1997 LP Destination Failure.

The Smoking Popes are also scheduled for a West Coast tour (with support by Bad Cop/Bad Cop) this coming April to mark the 20-year anniversary of that album. You can check out Josh's performance, and those tour dates, below.