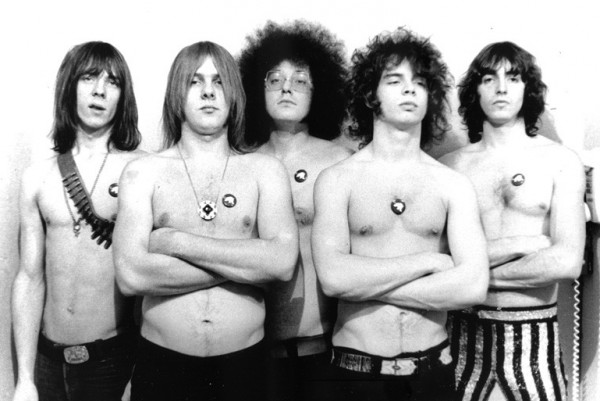 MC5's original guitarist, Wayne Kramer, is taking a full band of heavy hitters on a 30-day tour to celebrate the 50th anniversary of the bands seminal album Kick Out the Jams. Through Europe and North America, Kramer will be accompanied by Kim Thayil of Sound Garden, Brendan Canty of Fugazi, Dug Pinnick of King's X, Marcus Durant of Zen Guerrilla, and MC5's only other surviving member, drummer Dennis Thompson. The troupe will play the seminal album in its entirety, as well as other MC5 classics. In a statement regarding the tour, Kramer stated, "…the MC5 has always been the sense of possibilities: a new music, a new politics, a new lifestyle. Today, there is a corrupt regime in power, an endless war thousands of miles away and uncontrollable violence wracking our country. It's becoming less and less clear if we're talking about 1968 or 2018. I'm now compelled to share this music I created with my brothers 50 years ago." Kramer has also written about his memoir on his experience, titled, "The Hard Stuff: Dope, Crime, the MC5, and My Life of Impossibilities."
While the full itinerary has not yet been released, the group has announced the final show will be on October 27th in Detroit, where the MC5 originally recorded the album on Halloween weekend in 1968.

Tours: Self Defense Family/Sannhet (US)