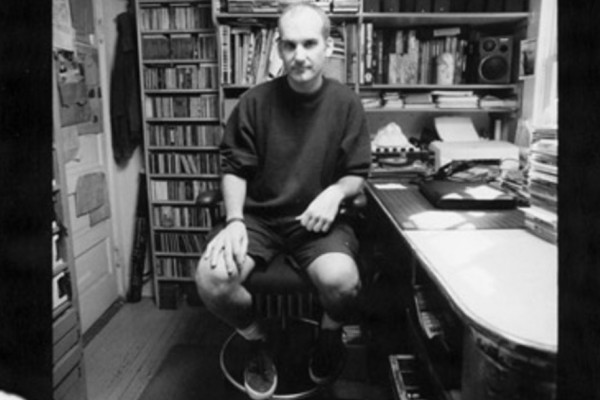 It's Ian week here at Punknews and we are continuing our Sonic Reducer series! In the feature, Punknews writers compress a band, genre, theme, or time period into a playlist that would fit on a single CD. Along with the playlist, you'll get either an overview of the topic, such as a band introduction, or a story about how the music in the playlist moved or changed the writer. Today, staffer Tyler Barrett takes a good hard look at MacKaye's output (including Minor Threat, Fugazi, Embrace, and more) and gives a broad overview of his vast body of work. Check out his overview, below!

Photo of Ian by Amy Farina

Has there been any single person more influential to contemporary independent music than Ian MacKaye? I’ll wait. Personally, I don’t think it’s grandstanding here to say maybe there has not. From the DIY recording and distributing of his first touring bands the Teen Idles and Minor Threat to the indie label powerhouse Dischord he helped found to the $5 entry, all-ages tours his later bands like Fugazi and The Evens have made part and parcel, Ian MacKaye has inspired, facilitated, or otherwise participated in five decades of music unadulterated by the influence of big money and corporate agreements.

My first exposure to Ian MacKaye came from the Iowa State University lectures program of all places, where he’d been invited to speak to a room full of mostly college students (plus 15-year-old me, encouraged to attend by my mom) about a variety of topics that felt mostly abstract at the time. I didn’t know who Fugazi were, I didn’t know what straight edge was, and DIY was Bob Vila to me. But when someone asked him what he thought about the then-recent rise of filesharing culture and Napster, he articulately narrated the community ownership of music in its pre-commercialized form and even though I’m sure now it wasn’t a blessing to do so, 15-year-old me took that to mean I should go home that night and download Fugazi and Minor Threat…and 15-year-old me was into it.

Okay, maybe Fugazi took some warming (and maturing), but Minor Threat instantly resonated. For all that’s been said about the idea of straight edge, how it’s proliferated, and what it’s become, I’ll only say that as a 15-year-old with a family history of alcohol problems, it was incredibly empowering to discover there was a community of fun, edgy, artistic and energetic people in the music scene who weren’t into drinking or doing drugs and it felt like home.

If straight edge were a style of music and not a social construct (or maybe music is a social construct too? Regardless…) Teen Idles would be proto-straight edge. Before MacKaye coined the term with Minor Threat’s 1981 46-second anthem “Straight Edge,” Teen Idles were grinding out raw, aggressive, youthful shout-alongs with earnest declarations like “I Drink Milk,” “Deadhead,” and “Too Young to Rock,” while sonically becoming a paradigm of early 80s East Coast hardcore. Whatever “short, fast, and loud” meant before, the Teen Idles (with MacKaye on bass) nailed it to a T (or ‘X’ should I say?). From their Minor Disturbance EP, “Get Up and Go” encapsulates everything the young punks had to offer: enthusiasm, energy, and zeal.

Following the dissolution of the Teen Idles with MacKaye on bass, he formed Minor Threat in 1980 with fellow Idle, Jeff Nelson. Here, MacKaye took the microphone and took control, harnessing the stage presence and energy of the DC hardcore quartet Bad Brains who had inspired them musically and strategically to take their message across the country. While maintaining to varying extents the short, fast, and loud approach of the Idles, they eventually began to craft songs with the same level of intensity but spread over several minutes and with a greater emphasis on musicianship than previously displayed. Here, the band incorporates acoustic guitar and chimes on the hot-blooded title track of their final EP:

While Minor Threat were on hiatus in 1981, MacKaye and Nelson again teamed up and formed Skewbald/Grand Union, a compromise on names that led to a short release comprised of two brief songs (or three if you consider the medley “Sorry/Change for the Same” to be separate). Aside from the off-kilter bass and unconventional naming structures, Skewbald/Grand Union is not a grand departure from Minor Threat (which makes sense since the two bands occurred around the same time)

After the second dissolution of Minor Threat, MacKaye formed Embrace, one of the first bands along with Rites of Spring to be known as post-hardcore. Embrace further pushed the boundaries of passionate, shouting music but blended it with more melody and often slower tempos, weaving a tapestry of emotion while flatly rejecting the “emo-core” label that began to proliferate. The band’s sole LP comprised 14 songs, some of which featured lyrics penned by bassist Chris Bald, who was also responsible for naming the band. Check out “Dance of Days” below:

Yet another collaboration between MacKaye and Nelson was Egg Hunt, the studio project created in London when the two travelled across the pond to discuss European Dischord distribution. With its quirky cover art and band name (titled as such due to its recording over Easter weekend, 1986) Egg Hunt never developed past its embryonic stage and MacKaye would eventually leave the project, marking the last time Nelson and MacKaye joined forces in playing together. “We All Fall Down” was written for Embrace, but vetoed by the band before finding a home with Egg Hunt.

In 1987, MacKaye teamed up with Ministry’s Al Jourgensen for the industrial hardcore of Pailhead. Another short-lived project, Pailhead released three singles, eventually compiled into the Trait EP, notable for being one of MacKaye’s few releases not put out by Dischord (Wax Trax! released this one). It’s not my favorite of Ian’s output but for the completist it’s worth a listen:

If someone asked me to say two things about Fugazi, here’s what I would give them: 1) This band (conceived as a dub-influenced Stooges-meets-reggae trio) accomplished more with integrity and an unwavering DIY ethic than most bands buying their way onto spinlists and 2) Ian MacKaye and Guy Picciotto are the best 1-2 songwriting team and co-frontmen since Lennon & McCartney (and Brendan Canty and Joe Lally are no slouches either). Then I would show them this video of Fugazi playing in front of the White House to protest the Gulf War in January 1991 and watch their jaws hit the floor:

If you detected traces of a Fugazi vibe in Sonic Youth’s 1994 single “Youth Against Fascism,” that’s because you’re an astute listener and indeed, Ian MacKaye contributed his guitarwork to the prescient alt-rock predictor of the alt-right: “You’ve got a stupid man/You’ve got a Ku Klux Klan.” You’ve got a Kim, Thurston and Ian.

The Evens are by far the cutest band Ian MacKaye has been involved in, and I don’t mean that in an undermining way because their songs are often weighty and cogent…I just mean that it’s a sweet story that he has a minimalist indie-punk band with his wife Amy Farina, who also happens to be the mother of their child. Baritone guitar, vocals, drums, co-vocals and thoughtful words and arrangements…apparently that’s all it takes for three records and counting of great material. Also, note Farina’s impeccable drumming in this clip of the duo playing at a public library in Stroudsburg, Pennsylvania:

As a final note, I’d like to take this platform to express my gratitude for having a person representing punk rock who is as reflective and rational as he is outspoken, and for being willing to serve as a voice of passionate reason that extends far beyond music. For leading by example, showing the value in integrity, individualism, and being a thorn in the side of the status quo, Ian MacKaye has helped the black sheep in so many of us feel at home, out of step with the world.