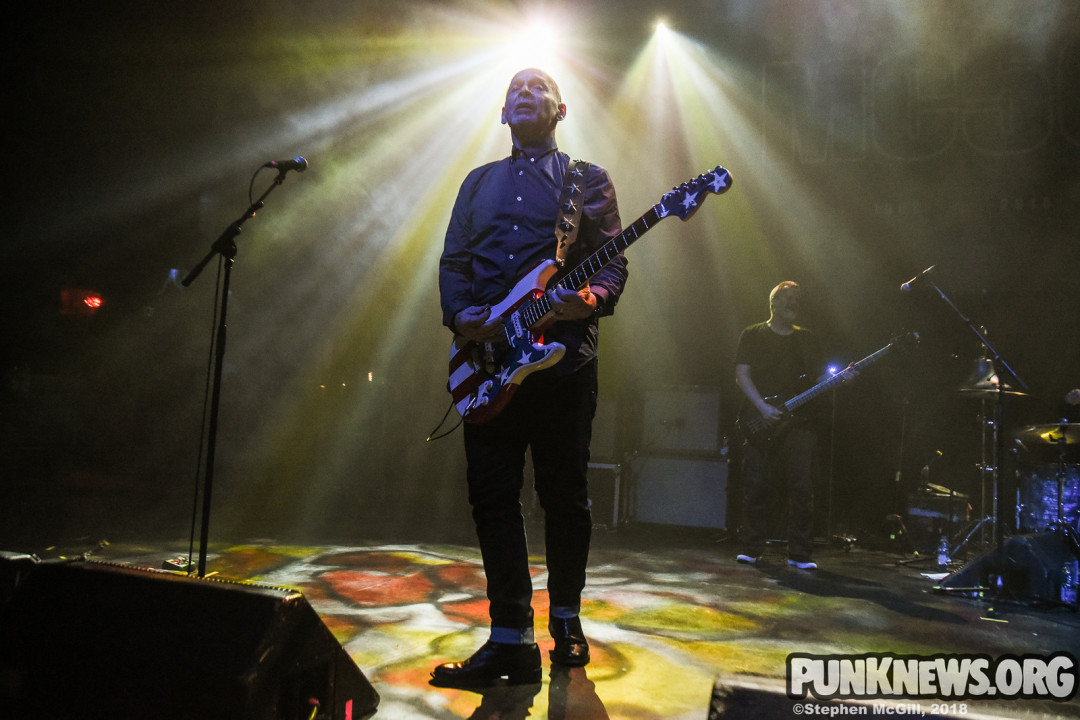 Toronto was a recent stop on Kick Out the Jams: The 50th Anniversary Tour from the supergroup MC50. The band is lead by founding MC5 guitarist Wayne Kramer with support from Soundgarden guitarist Kim Thayil, King's X bassist Dug Pinnick, Fugazi drummer Brendan Canty, and Zen Guerrilla frontman Marcus Durant on vocals. The band played the Danforth Music Hall with support from UIC and Public Animals. Our photographer Stephen McGill was there to snap photos of all three bands. You can find his shots below.