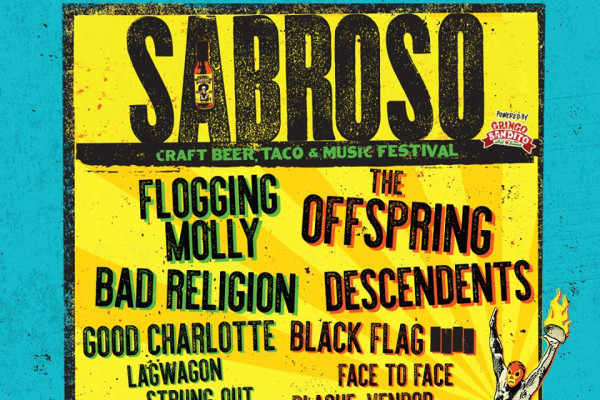 Greg Ginn's Black Flag has announced what appears to be their first show in over four years. The band will play Sabroso Fest on April 7 at Dana Point, California. The lineup includes Ginn, singer Mike Vallely, and two more musicians that have not been announced yet. Their last show appears to have been October 5, 2014 at Amityville, NY. Flogging Molly, Bad Religion, Descendents, The Offspring, and more also play the Festival which kicks off April 6.

As you may know, the current iteration of Black Flag includes only Ginn from the band's original tenure. In April 2014, Ginn and the members of FLAG (Keith Morris, Chuck Dukowski, Dez Cadena, Bill Stevenson, Stephen Eggerton) settled their dispute over Black Flag related issues. At the time of the 2014 settlement, both sides issued a statement saying that both Black Flag, and FLAG, would be able to play shows and tour as independent entities. FLAG, meanwhile, is playing the upcoming Punk Rock Bowling festival.