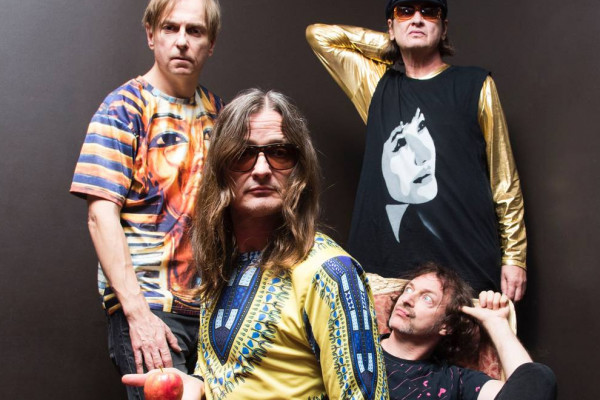 Redd Kross have released a third single from their upcoming album. The new song is called "Party Underground" and you can check it out here. The song features guitar contributions from Buzz Osborne of Melvins. (Redd Kross' Steve McDonald has been playing in Melvins for the past few years and Melvins' Dale Crover is apparently now also a full fledged member of Redd Kross, in addition to his Melvins duties.)

Beyond the Door is out August 23 via Merge Records .