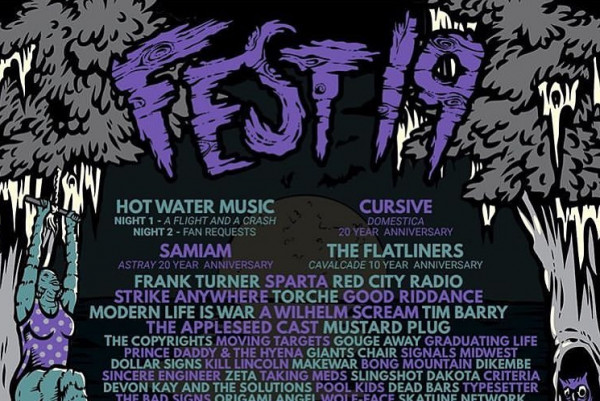 FEST 19 has announced its lineup and plans for the Fall. This year, Fest runs from October 30 to November 1 in Gainsville. Hot Water Music headlines two shows- On Night one they will play A Flight and a Crash. On Night 2, they'll take fan requests. Cursive co-headlines and will play Domestica. Samiam will play Astray. The Flatliners will play Cavalcade.