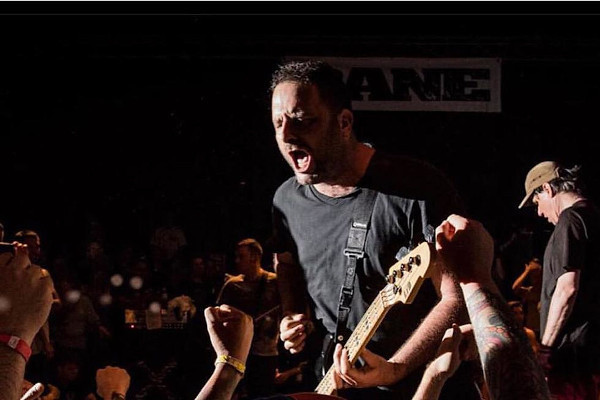 by Em Moore In Memoriam 2 years ago

Brendan "Stu" Maguire, bassist/guitarist of Reach The Sky and bass player for Bane, has passed away. He had been battling an aggressive form of pancreatic cancer for two years and passed on the night of June 27. Sunny Singh of hate5six shared the news along with a video of Bane's 2016 farewell show along with this statement,

I never shared this. This was moments after Bane played their final note. When I think of this band I think about how deeply they all love each other. It showed in their music and it showed in them as people.

Brendan Maguire was a member of Bane for six years and played on their Los Angeles 3:58pm and Boston 6:58pm EPs among other releases. He also worked with Dropkick Murphys and The Mighty Mighty Bosstones over the course of his career. A fundraising event called "We're With Stu" was announced on June 15 and is scheduled for July 2 at Boston's House of Blues with Bouncing Souls, Sick of It All, H2O, and Rebuilder scheduled to play. We send our condolences to Brendan "Stu" Maguire's family, friends, and fans.