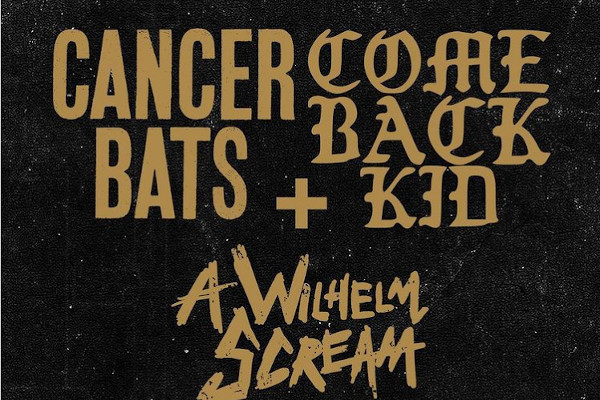 by Em Moore Tours 25 weeks ago

Cancer Bats, Comeback Kid, and A Wilhelm Scream have announced an Ontario tour for March 2022. Tickets go on sale August 6. Cancer Bats released The Spark That Moves in 2018. Comeback Kid released Outsider in 2017 and will be touring with Strike Anywhere this November. A Wilhelm Scream released Partycrasher in 2013 and will be touring with Hot Water Music and MakeWar in November. Check out the dates below.