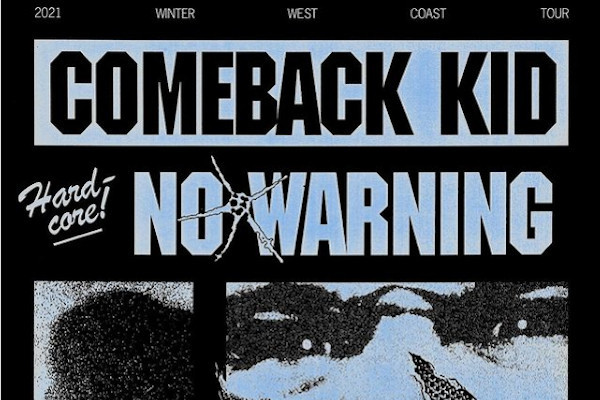 Comeback Kid and No Warning have announced American tour dates for this December. Zulu and Scowl will be joining them on all dates. Tickets go on sale October 15. Comeback Kid touring the US with A Wilhelm Scream and One Step Closer this November, will be touring Ontario with Cancer Bats and A Wilhelm Scream in 2022 and will be touring Europe and the UK with Be Well, Devil in Me, and Scowl in 2022 and last released Outsider in 2017. No Warning released Torture Culture in 2017. Check out the dates below.