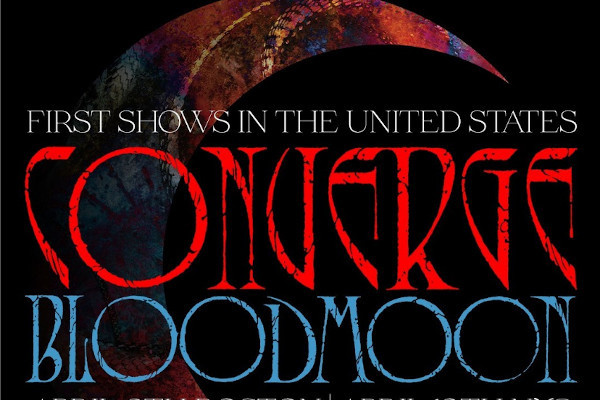 by Em Moore Tours 21 weeks ago

Converge have announced two US shows with their Bloodmoon lineup. The expanded lineup is Jacob Bannon, Kurt Ballou, Nate Newton, Ben Koller, Chelsea Wolfe, Stephen Brodsky, and Ben Chisholm. Caspian will be playing support on both dates. Tickets go on sale Friday, February 4. The regular Converge lineup will be touring earlier in March with Full of Hell, Uniform, and Thou. Converge released Bloodmoon: I in 2021. Check out the dates below.