“Max Creeps,” band with no evidence of existence, “break up” after 40 years, legends pay tribute… 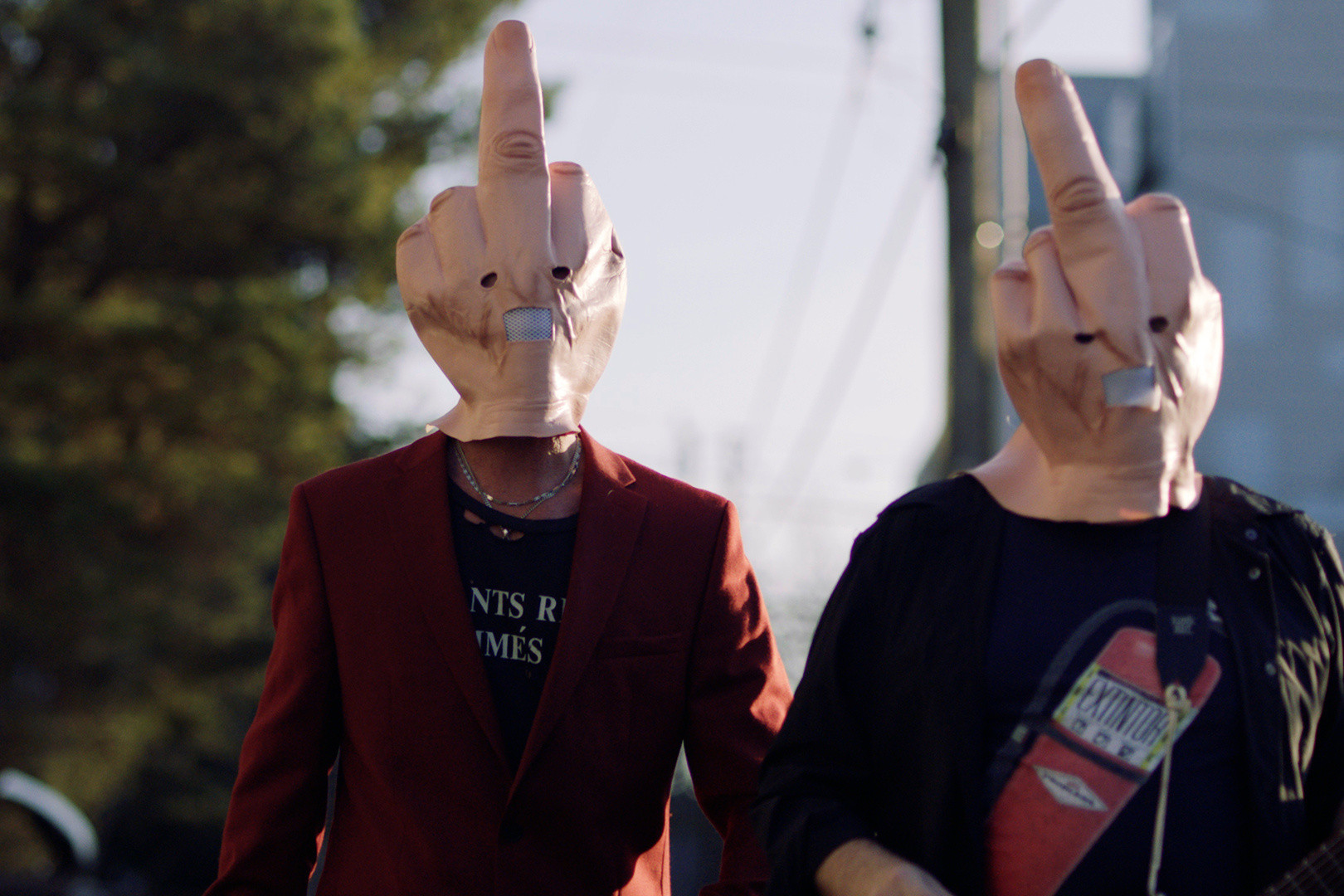 Today, we received a press release informing us that a punk band called Max Creeps has broken up. The band detailed themselves in the release as "the highly-influential Seattle band who formed following a chance encounter at David Bowie’s 1973 Hammersmith Odeon show and went on to revolutionize music, inspiring a legion of bands including the Sex Pistols, The Clash, Wire, and Devo, while simultaneously creating what we now call “punk rock” and abstaining from cementing their songs to vinyl or any format du jour[.]"

Band members(?) Max Blastic and PC Bullshit jointly said: “It is with great regret that we must announce the end of Max Creeps. To our millions of dedicated fans, the last 40 years have been supremely eventful. May punk rock live forever!”

The weirdness is that there is absolutely no record of the band existing anywhere (except for brand new social media accounts). The matter gets weirder as over a dozen music icons have paid tribute to the band including Henry Rollins, Laura Jane Grace, Billie Joe armstrong, Joey Shithead of DOA, Lee ving of Fear, Slash, Jaz Coleman of Killing Joke, Mark ramone. Phil Campbell of Motorhead and others.

We reached out to the band's representative and were given no further information. We'll keep you updated.

“Just got the news about Max Creeps. This is hard. How many times have we all been at their shows singing every word of ‘Be My Douchebag’ and ‘The Doctor Had To Amputate’? I know you know what I mean. How many people will tell you they were at Flaccid Fest '97 when they let loose all the pigeons in the last verse of ‘Transportation Puke Werewolf’ and most of them flew a few yards and dropped dead on top of us? I've still got mine stuffed in my office. Lenny, no, I'll never put it on eBay so don't even. I feel like a ship with no rudder now. I guess all things have to end but wow, I didn't think it would really happen. Anyone feel like venting, hit me up on Maxcreepcrapchat. I'm there. I'll always be there.”

“Max Creeps broke up!” Those bastards tried to sue me”

“Oh man…. Long live Max Creeps! Saw them @showboxpresents in 81. What an influence.”

“Wow, THIS is really depressing news. I never thought it would happen to THESE guys. RIP @maxcreeps”

“I’m so bummed @maxcreeps is no more.”

“Guess that’s the END of @maxcreeps. They tried – that’s more than some can say. They FAILED and OH WELL. Buh bye!”

“Max Creeps broke up? I can’t believe it, I love those guys.”

“Woke up to the devastating news that one of the favourite bands @maxcreeps have split up. Gonna miss them as they set the bar so high!”

“Rough weekend… R.I.P. Chris Bailey from The Saints and @Maxcreeps have broken up… OUCH.”

“God damn it, there ain’t no Max Creeps, that sucks! I won’t be able to get over their show that turned into a crazy ambush of music that left me so mentally flushed that I felt like I had been swept up in a punk rock tsunami!”

Laura Jane Grace (Against Me!):

“Distraught to hear that the @maxcreeps have broken up. Can’t even explain the influence they had on me as a kid. I started wearing a lock & chain around my neck when I was in the 3rd grade cause I saw the bass player wearing one, didn’t even know who Sid Vicious was.”

“Another band that can’t stay together. One of my favorites of all time. Sad day for irreverent punk legends…”

“Seismically heavy underground off the grid Pacific Northwest punk rock antiheros call it a day?! Must’ve been a heck of a band fight.”

“@maxcreeps broke up? Punk Rock music will never be the same.”

“After all these years, one of my all time favorite bands has called it a day. It really fuckin sucks because @maxreeps have always been there for me through thick & thin and through all the ups & downs in my life! I never got to see them live, but I did get an angry letter from #PCBullshit for using their song ‘Barf At The Moon’ as my ring music briefly in 1995. @fozzyrock even covered ‘Morosely Mad At Your Mom’ in the early days of the band. The Creeps might be done but their music, Claymation and bad attitudes will last forever!”

“I’m fucking crushed that Max Creeps broke up- like DEVASTATED. It’s always sad when the old school dudes call it quits, but I guess the sheer weight of making such groundbreaking music can get to be too much to bear, even for living legends like da Creeps (as I like to call them.) Truly the end of an era. #maxcreepsforever”

“RIP Max Creeps! Holy shit - this is going to sting for a while. I don’t like to post too much about music but this was a band future historians will have to consider when they take stock of our times. Like the cultural equivalent of a positive Lateral Flow Test, Max Creeps were a quintessentially modern expression of eternal human frailties and fears. That being said it feels only right to mark the passing here. Personally I’ll never forget the first time I heard the Dead Cat Didn’t Bounce EP, with classic anthems like ‘Dogshit Alchemy’ and ‘My Time Machine Is Stuck On Plague Pit.’ It feels surreal to think I’ll never get another chance to see them play for crowds that sometimes numbered in the dozens, all of us screaming the choruses of their historically themed hits like ‘Botched Execution’ and ‘Surf’s Up In The Vomitarium.’ Even when the band couldn’t remember the words, we could. And we’ll be singing them until our breath runs out. I’ll be taking a break from social media to process this. Thank you all for your understanding.”

“Waking up to a snowstorm outside and then THIS!? Ugh, urgh! What a way to start the week.”