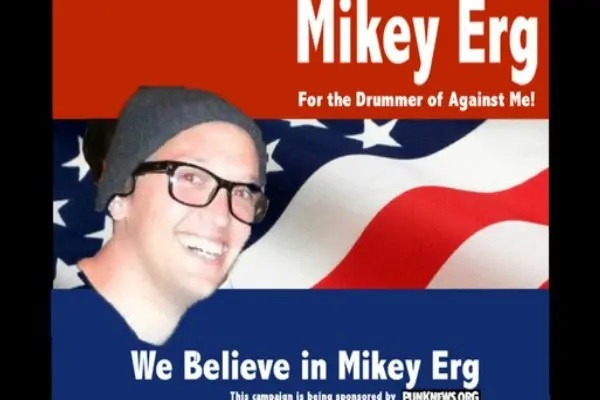 Contributed by desertburst92, Posted by John Gentile May 9, 2022

Almost 10 years ago, Punknews tried to get Mikey Erg elected as the new drummer of Against Me!. In fact, we even followed him on the campaign trail. Sadly, Atom Willard was elected to the coveted spot. We demanded a recount, but could not find the office to file said petition.

Well, now, nearly a decade later, the prophesy is fulfilled (sort of). Mikey Erg! is currently touring with Laura Jane Grace, Anthony Green, and Tim Kasher. During the Asbury Park show, LJG and Mikey played Against Me!'s "Unconditional Love." Never let it be said that local politics are unimportant or ineffective, as proved by the video below.