Check out the new single by Omnigone! 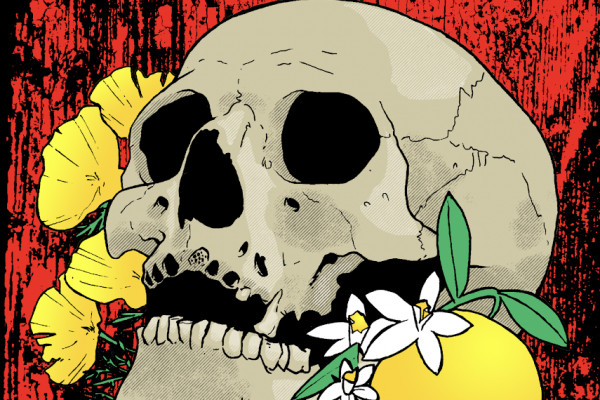 by John Gentile 5 weeks ago

Today, we are PSYCHED to debut the new single by Omnigone!

You all know about Omnigone by now- it is the high energy, ska-punk band masterminded by Adam Davis of Gnarboots! (He also was in some band called Link 80) Omnigone finds Davis, who now has gray in his beard and a mortgage, reaching back to his early ska-punk days and kicking out bangers that are often aggressive and dark… but they are always fun, too. Perhaps surprisingly, Omnigone doesn't sound like "ska punk veteran returns to his roots." It sounds like charged up dude gets even more charged up by upstrokes. The fire of ska does indeed burn eternal.

The new single is proof of that. "Don't Give Up The War" is about continuing the righteous fight as day turns into night. Speaking to Punknews, Davis says, "Don't Give Up The War is about rejecting apathy toward the struggle for a better world. It's easy to let yourself become complacent as you journey further into adulthood; it's important to recognize that the same fire that lived inside during your engaged youthful years still burns."

The track is off an upcoming split EP with Protagonist. The EP features two brand new songs from Omnigone, as well as a new song and a cover of the classic Link 80 song "Dimestore Hoods" from Protagonist. (The digital version also includes a bonus track- Omnigone covers the Link 80 track "Right Hook.") That bad boy is out via.. [deep inhale…] Sell the Heart Records… AND Lavasocks Records… AND No Time Records… AND Disconnect Disconnect Records… just click one of those names to pre-order… and check out the rad tune below, right now!

OFF! want YOU to be in their movie... TOMORROW!