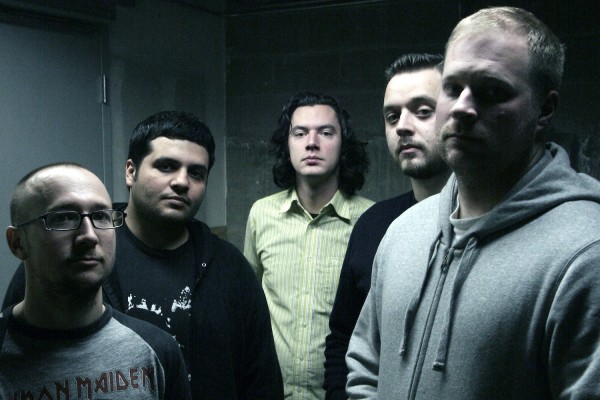 Growing up doesn't mean growing soft. Though the transition into adulthood and it's cumbersome responsibilities typically goes hand in hand with complacency and the urge to settle into comfortable routines, it's necessary to remember that maturity and a placated existence are mutually exclusive behavioral patterns. Look only to the refined musical maelstrom of Narrows for confirmation.

Spread out across both the United States and two continents, Narrows exists despite geographical inconveniences for the sole purpose of creating devastating noise. Though outside obligations will most likely relegate the live Narrows experience to a truly rare event, the shared need to exorcise their collective demons fuels the trans–global project. Dave Verellen (Botch, Roy), Rob Moran (Unbroken, Some Girls, Over My Dead Body), Ryan Frederiksen (These Arms Are Snakes, Nineironspitfire), Jodie Cox (Tropics, Rohame, Bullet Union), and Sam Stothers (Makeout Boys, Quarantine) are busy men with busy lives. The Narrows project is not meant to define and drive their individual lives. Rather, the band serves as a respite; a rare opportunity to escape; a vengeful howl from the basest corner of the psyche. In those rare moments when the five men find themselves in the same city, the quintet seizes the opportunity to combine their disparate talents to craft their unique brand of aural malice.

The debut 7" by Narrows is a first taste of the witch's brew concocted by these underground alumni. Anchored by a minimalist punk framework and elaborated by squalls of angular guitar noise, the music is simultaneously beguiling and dissonant. Helmed by Verellen's signature roar, the resulting compositions owe as much to the early hardcore pioneers as to New York and London's post–punk founders. Terminally bleak, counter–intuitive to the standard rock paradigm, and at odds with everyone, Narrow's debut is an angry slab of nihilistic abandon.

These Arms Are Snakes