Photo: Katie Hovland
Yellowcard was formed in 1997 in Jacksonville, Florida after meeting at Douglas Anderson School of the Arts. The band was made up of six members: Ben Dobson(vocals), Doug Higgins (vocals, guitar), Ben Harper guitar, Sean Mackin (violin), Warren Cooke (bass guitar), and Longineu W. Parsons III (drums). The band released their first album, Midget Tossing, in 1997 and met with some success, but soon began to undergo some changes. Their lead singer was replaced by Ryan Key who convinced the band that they couldn't be successful in Florida, so they decided to move to Southern California.

The new group released their debut album, One for the Kids (Lobster Records), in 2001, and followed up with The Underdog EP (Fueled by Ramen Records) in 2002 which were both well—received by fans. However, Yellowcard's real public reception came after signing with Capitol Records in 2003 and releasing Ocean Avenue. Fans loved the album's sincere lyrics and unique musical style (mostly due to Mackin's violin playing). The band's popularity continues today; they have toured with bands such as Something Corporate and Less Than Jake, as well as appeared on the soundtrack of the hit film Spider—Man 2 and on the compilation "Rock Against Bush Vol. II, with a cover of Lagwagon's song "Violins." The band's three singles from their 2003 release are "Way Away," "Ocean Avenue," and "Only One."

Yellowcard's most recent album, Lights and Sounds, was released on 24 January 2006. In the first week, the album sold just over 90,000 copies. The title track, "Lights and Sounds," was the first single released and is also featured on Burnout Revenge 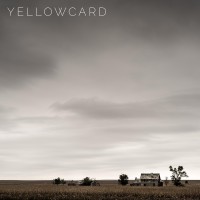 One For the Kids