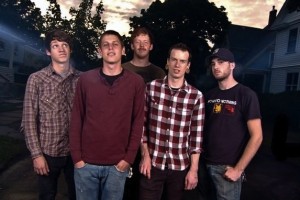 Such Gold have posted a full stream of their upcoming EP, Pedestals. You can check it out on their bandcamp page. The release features guest vocals from Kenneth Vasoli (Person L / the Starting Line) and Karl Buechner (Earth Crisis).

The official release on 6131/Mightier Than Sword was still some time away, but has been digitally released immediately in light of its recent leak. Physical release details are being promised Monday.