After the Fall post new tracks, gear up for tour 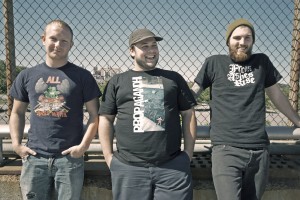 Contributed by MikeMoak, Posted by Bryne Yancey Mightier Than Sword 12 years ago

Albany, NY's After the Fall have unveiled a couple of new songs. Head to the band's MySpace page to hear "Eradication" and "Throgs Neck" (the latter featuring Tom Rheault from No Trigger). The band's new LP Eradication is due out October 12, 2010 via Mightier Than Sword.

The group has also announced a few release shows in New York, as well as an appearance at The Fest 9 in Gainesville, FL, two shows in Quebec with The Sainte Catherines and Nothington and a trip to Costa Rica alongside Millencolin and A Wilhelm Scream.