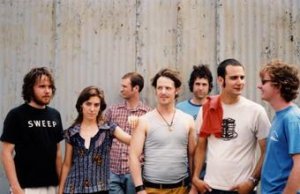 by Ben Conoley Arts and Crafts Videos 12 years ago

Broken Social Scene played a show at Terminal 5 in New York City on January 18 and webcast the show for those who couldn't attend. The complete show has since been posted online for those who weren't able to catch the show when it originally aired.