Into It. Over It. to release 'Twelve Towns' LP 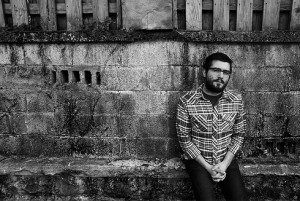 by Bryne Yancey Topshelf 11 years ago

Into It. Over It. will be compiling songs from their Twelve Towns split series into a single LP, due out August 9, 2011 via Topshelf Records. It'll include tracks from IIOI's splits with CSTVT, Everyone Everywhere, Empire! Empire! (I Was A Lonely Estate), Pswingset, Such Gold and Bob Nanna & Lauren Lo that were released over the past year or so on labels such as Topshelf, No Sleep, Mightier Than Sword, Count Your Lucky Stars and Evil Weevil.

Evan Weiss will be entering the studio on June 25 with producer Ed Rose (The Get Up Kids, Coalesce, Motion City Soundtrack) to begin work on a new IIOI full-length, with a release planned at a TBA date via No Sleep. He'll also be on the road this fall with Frank Turner and Andrew Jackson Jihad.