My Morning Jacket: “Our World” (The Muppets) 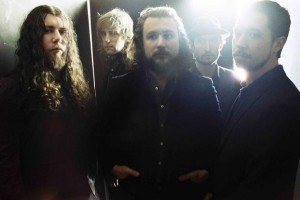 by Bryne Yancey Music 11 years ago

SPIN has premiered My Morning Jacket's cover of "Our World" that will appear on Muppets: The Green Album, due out August 23. The song originally appeared in the 1977 Muppets Christmas special Emmet Otter's Jug-Band Christmas. Stream it here.

In addition to the tribute, MMJ will also feature covers from Alkaline Trio, Weezer featuring Hayley Williams of Paramore, OK Go and others. We first detailed it here.