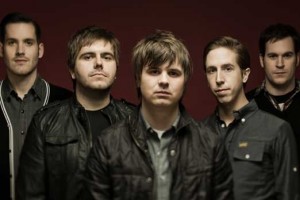 by Aubin Paul Hopeless 11 years ago

Silverstein have announced the track listing for their recently announced Short Songs, a collection of sub-90 second songs including covers and originals. The first half ("Side A") will feature eleven original songs and the second ("Side B") will include mainly punk covers including songs by Dead Kennedys, Gob, Gorilla Biscuits, Orchid, Descendents, The Swarm, The Promise Ring, NOFX, Chixdiggit!, Green Day and Good Clean Fun.